by James A. Scott 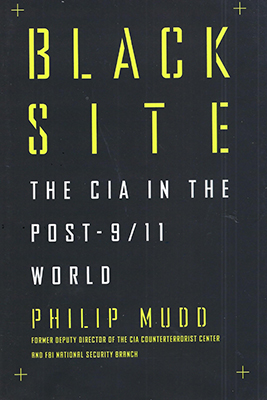 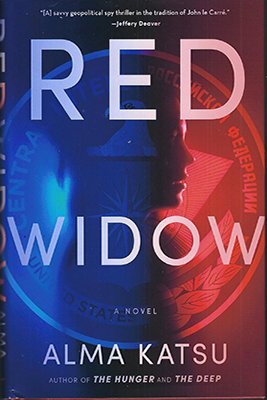 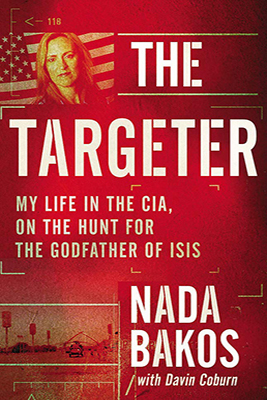 The author is a former Deputy Director of the CTC and of the FBI’s National Security Division. He relies primarily on interviews with CIA employees at all pertinent levels to describes another CIA mission change, the establishment and operation of secret prisons (black sites) overseas, where high-level terrorists were subjected to harsh interrogation. The Agency undertook this mission in response to White House demands for accurate and timely information about al-Qaida, and enemy about which little was known. Before black sites, captured terrorists were sent to their home nation to be imprisoned and interrogated. This proved unsatisfactory for two reasons. First, intelligence often arrived too late to influence the fighting. Second, information that reflecting badly on countries conducting the interrogations was kept from the CIA.

The catalyst for black site development was the 2002 capture of Abu Zubaydah, the first high-level al-Qaida prisoner. After months in CIA custody, he refused to provide useful information. Under White House pressure to break Abu Zubaydah, the CIA established the first black site and asked the Department of Justice (DoJ) for guidance on harsh interrogation measures. Guidance was provided based on techniques used in military training. As more high-level terrorists were captured, the number of black sites increased to keep terrorists out of the American judicial system, where their rights would allow them to withhold vital information. At peak operations, the CIA held slightly over 100 prisoners and only three were waterboarded. However, that technique dominated the imagination and tongues of critics. Mudd writes, that throughout the five years the program existed, “the CIA and DoJ struggled with the moral and legal implications of black sites, gradually tightening rules and supervision to prevent abuses and ensure compliance. This was not a rogue operation.”

The program was discontinued in 2007 with the transfer of detainees to military custody at Guantanamo, Cuba. The majority of CIA black site personnel interviewed by Mudd said the program, in conjunction with other intelligence collection, produced results that were worth the moral angst. Nevertheless, during the life of the program, it was subjected to critical reports by the CIA inspector general, whom agency personnel viewed as biased against it on moral grounds. Even after the program ended, criticism continued in the executive and legislative branches of our government.

One of Mudd’s concerns is that the context in which black sites and harsh interrogations were established, is not given proper weight in those critiques. The context after 9/11 was anthrax attacks, fear of a second terrorist attack, anger, and the demand for information concerning al-Qaida, a relatively unknown entity. Overriding all of this were urgent orders from the White House, interpreted within the CIA as, “do whatever it takes to ensure this doesn’t happen again.”

Mudd’s book raises important questions: What techniques are permissible against an enemy that is unknown, immoral, and intractable? Is it fair (wise, or hypocritical) to condemn people and techniques that were successful in protected you after the danger has passed?

As critics stand on the high moral ground in the aftermath of battle, it might serve them well to remember the words of a long-ago observer who wrote, “people sleep peacefully in their beds at night because rough men stand ready to do violence on their behalf.” Many of those rough men—and women—do not escape with their souls intact. They are more concerned that their country remains intact. 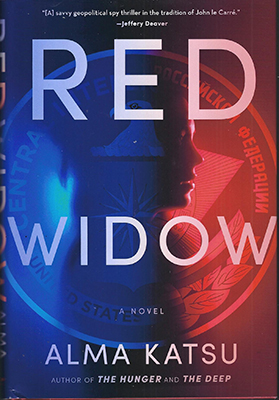 The author is a 35-year veteran of the CIA, and my expectations were high. At this writing, the novel has over 700 reviews and a 4.2 rating on a five-point scale. However, I was disappointed. If you’re planning to read the book, I suggest you read no further in this review. I don’t want to ruin the story for you. An honest review of this book can’t avoid spoilers. So, here goes.

The book title and cover are spoilers, there is little excitement, the writing is drab, and there is a not-so-subtle anti-male bias. Finally, the plot is so ridiculous that to engage with the story, you can’t simply suspend belief; you must banish it to another galaxy. You don’t discover this until you’re well into the story.

If you’re still with me, I’ll explain. First, before you even open the book, the title and cover reveal what should be one of the novel’s central mysteries. The red lipstick red herring and questions about Moscow Station staff do nothing to distract a savvy reader from the obvious identity of the Russian mole. With such an early “tell,” you hope that some darker, more interesting secret will be revealed. Sorry, no.

The backstory is that the Russians captured a CIA officer two years ago and will not admit they have him. The CIA brass tell his wife—also a CIA employee, the Red Widow—that her husband is dead.

The story begins sometime after that, when the unscrupulous chief of the CIA’s Russia Division tells the Red Widow he just discovered that her husband is alive in Russian captivity. (Pay attention, now.) His motive is to get the widow angry enough to steal CIA secrets and trade them for her husband’s release. The husband comes home. Moscow will be impressed by the widow’s information, and send one of the CIAs most-wanted Russian assassin/spy master to the USA to thank her. At that point, the CIA SWAT will capture the Russian spy master and everyone lives happily ever after. If this sounds like counterintelligence theory cooked up by to Rube Goldberg, I’m with you. One has to ask, “Why would the widow become a Russian mole to free her husband?” The author portrayed her as devoted to her son. Would she risk jail and separation from her son and repatriated husband by stealing secrets? She could maintain her integrity and freedom, and get her husband release by going to her senator and launching an investigation. And why would the spy master come to the States to congratulate the widow when she provided only one piece of information? This plot is a house of cards built on an illogical premise. It gets worse. When it becomes apparent that someone at Moscow Station or CIA headquarters is selling secrets to the Russians, the head of the Russia Division brings in the heroine, Lyndsey Duncan, to quarterback the mole hunt. There are three problems with this. One, the CIA has a mole-hunter organization. Two, the chief of the Russia Division would, himself, be a suspect; why would he be allowed to conduct the investigation? Three, Lindsey Duncan is being investigated for poor judgement during a recent assignment. Would the CIA entrust her with an investigation while she, herself, is being investigated? Then, there’s the anti-male bias. The central female characters are victims, down-trodden, isolated, deceived, envied, and deprived of male companionship by the rules and decisions of male superiors. The central male characters on both sides of the ideological divide are devious, lecherous, or brutes; some are all three. Finally, the story ends with what must be one of the most unlikely alliances in spy fiction, as mole and mole hunter join forces to fight the male-dominated machine.

And there is the storytelling. Mole hunts, by their very nature, are painstaking, and much of the work is boring research. A fiction writer’s job is to make that drudgery entertaining. Le Carré did so with indelible characters, interesting dialogue, and he had the advantage of a quirky environment with which his readers were not familiar. Others do it with fast-paced action and unexpected twists. None of this happened in Red Widow. The process descriptions may be authentic, but they are boring. Reading this book was akin to watching a TV episode of The Office, devoid of humor or drama. Skip this one. 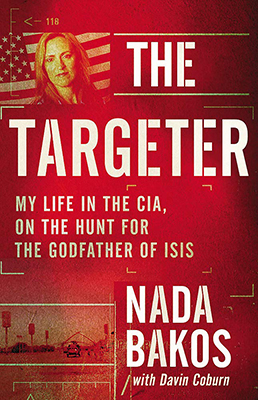 The Targeter: My Life in the CIA Hunting Terrorists and Challenging the White House by Nada Bakos, 354 pp., 2019, Back Bay Books/Little Brown, and Company, New York, NY.

The events of September 11, 2001, generated many changes in how government agencies are organized and operated to keep us safe from foreign enemies. Few were more profound than those at the Central Intelligence Agency. Responding to a void of knowledge about al-Qaida, and our fears, anger, and demands for action, the Agency undertook major adaptations. In addition to its traditional missions of collecting, analyzing, and providing intelligence, it began to use that intelligence to hunt down and kill foreign terrorists. As with other adaptations, it took its toll on those who, in one way or another, dipped their hands in blood to avenge the 9/11 attacks and prevent another. This book is emblematic of their stories. It describes the little-known challenges they faced, their courage and dedication, and the price many paid.

Nada Bakos, The Targeter, was an analyst in the Directorate of Intelligence (now the Directorate of Analysis) on 9/11. She volunteered for the CIA’s relatively new Counterterrorism Center (CTC), where her unit was tasked to find the terrorist, Abu Musab al Zarqawi. He was a high school dropout, ex-con, drunk, drug dealer, and rapist of both genders. Zarqawi adopted the violent Salafi-jihadism doctrine and named himself Musab, in honor of Musab bin Umayer, patron saint of suicide bombers. At the height of his power, Zarqawi commanded al-Qaida in Iraq and was responsible for thousands of deaths, Iraqi and American. He was killed in 2006.

The book contains enough insider observations about the CIA targeting operations and culture to hold the reader’s interest. Equally interesting, but not as well-publicized, is the toll the work took on CIA analysts. In the wake of 9/11, the overwhelming demand for information drove the work, and work often had a detrimental impact on their personal and professional lives. Some excerpts: In late 2002, “[T]he pace in our office reached a fevered pitch. My dinners were often reduced to leftover bags of tortilla chips from some happy hour . . . rescheduled or simply forgotten . . ..” Bakos’ weight gain drew comments. She adds, “[M]y fear of [making a mistake] drove me to almost obsessive ends.” Even in analyses that did not bear her name, “my word served as the official Agency position. It created tremendous pressure.” Some colleagues left CTC because of it. Others suffered broken relationships, odd workdays that defied body rhythms, harassment for politically inconvenient findings, and crazy questions that mocked hard work: What kind of underwear does Zarqawi favor?

There is also humor mingled with the work of tracking a ruthless killer. Bakos, describes the difficulty of finding normal male companionship in Washington. A few pages relate her hilarious and sad experiences with online dating or looking for a straight male in her neighborhood, as cross-dressers dash past her window in the annual High Heel Races near Dupont Circle.

Regarding the role of Agency females, Bakos states that, initially, most CTC targeters were women. They often tracked the most dangerous targets, were critical in defining al-Qaida, and instrumental in the CTC start-up. One of the more troubling disclosure is the post-traumatic stress that analysts experience long after their work is done. Bakos writes, “The brutality [Zarqawi] unleashed plagues me to this day.”

The Targeter should be read in tribute to the work of our fellow citizens at the CIA and as an education in history, terrorism, and Agency culture.